Diklah Geva, the daughter of Mirjam “Janny” Bezek van Praagh, has pieced together this account of her mother, written in her mother words. In February 2015, Mirjam Bezek passed away, almost 98 years of age. She was very much loved by her 4 daughters and their husbands, by her 13 grandchildren and many grand-grandchildren. 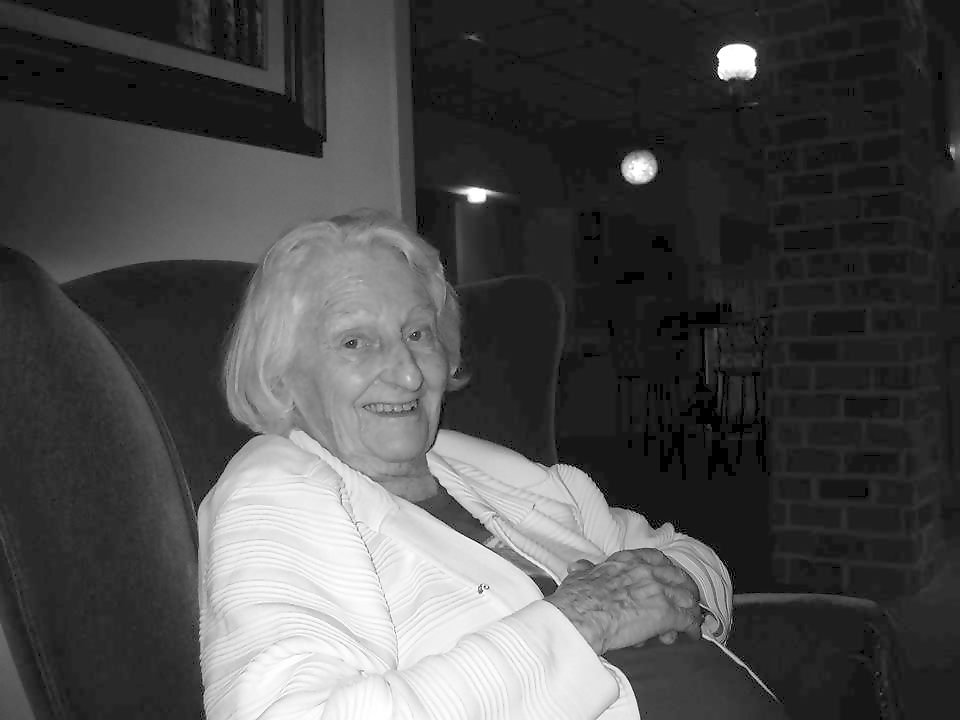 Born at and grown in The Hague, I had a younger brother Max and a large family which we often met on holidays and birthdays. As a young women I got a higher education in analytical chemistry, agriculture and gardening. I also participated in Zionist activities such as the Gidon branch of the youth movement. Two years after the war ended, in 1947, I immigrated to Israel, and at 1951, I settled in Kibbutz Ayelet Hashahar in the Galil. The education I got before the war endorsed me to take part in building the agriculture lab at the Galil where I worked for over 20 years, providing fertilization and irrigation guidance to farmers, based on soil and leaves analysis.

Back to my wartime experience. In 1942 my family and I left our house. When we closed the door, we closed the world to our past. We went into two years of hiding at nine different places. Every place, every address had it’s special people… exceptional people, acting against the occupation and the ideas of the nazis. These people had to have a lot of courage to help us. During that time I was separated from my brother and my family. One by one they were caught and we lost contact.

In 1944 there was not much left of the world I once knew. I was working at a printing office in The Hague, and at that time I was contacted by one of the cells of the resistance. Shortly afterwards my contactman was arrested and I was arrested too. During the interrogation that followed it came to a point where I decided to tell the nazis what my true identity was. I also told them I had no family left. 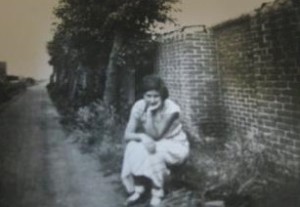 I was detained in the so called Oranjehotel and after my “welcome” interrogations, I was so tired I could have slept for a month. At the jail I met Gerda Kautsky, who was the wife of the former Austrian Minister of Treasury. She also was a lecturer of psychology. And she gave me lectures, very good lectures, that deserved a audience of 200 people. In return I could teach her about Dutch history and geography as she wanted to learn more about Holland. There were many underground inmates in the cells, which we learned as we made a small hole in the wall.

I remember that there was a Christmas night and the guards had a wonderful meal, the smell was all over the jail. We were hungry, you can’t imagine such a hunger. At midnight, I started hearing a holiday song from one cell, then there were more and more cells singing. The whole prison was filled with holiday songs on that cold Christmas night. What a beautiful melody! Even nowadays, when I hear Christmas songs I can remember myself in that cell hearing the melody lifting me up.

In February 1945 we were taken to camp Westerbork. We were put in animal trucks with some hay on the floor. War was going on with raids on roads and rails, so the transport could move only at night, very slow, perhaps 10 km/h. That trip lasted for 4 days and 4 nights. We heard the fighting outside and after two days we had a stop at the trainstation of Amersfoort were the Red Cross gave us some food. What a sight it was, mothers were like jackals to feed their children.

When I arrived at Westerbork, the hair of the women was cut. Some of them felt very lost. I didn’t mind such a thing anymore. We were first interrogated by Gemmeker, the German camp commander. That took a few days.

I was send to the Strafbarak (punishment hut), my certificate was marked with an S. We were dressed with blue overalls, like all inmates, but we also had the letter S on it. We had to demolish batteries, separate the paper from the copper and the magnesium oxide. This toxic black powder went into everything: our cloths, eyes, ears, nose, mouth, and inside to our breathing tracks and lungs. For that we got a glass of milk everyday. But that was only at the beginning. Our handkerchiefs were all black when we blew our nose, even for some time after the liberation.

Mevrouw Kautsky had been acquitted by Gemmeker before the war, so she was put in the “privilege” quarter of the camp. In time she could bring me, in secret, some extra food and encouragement.
In the camp there were roll calls, in the morning and evening. And sometimes at night, just to scare us. The nazis wanted the dishes to be very clean, and when a little dirt was found, it was an excuse for a night roll call.

I also remember Pesach in March 1945. We conducted a Sader, we had no matzes or food of course, but the Chazan from The Hague, Meijer Mossel, was there with us. He remembered the entire Hagada by hart. A small group sat all night telling of the exodus.
At that time we already knew that the end was near, we heard the fighting coming from nearby. Also the trains had stopped going East. One day a train came, we were sure it was our train. But, to our surprise, the Germans went on the train and fled. A few hours later the Red Cross representatives entered the camp. The next day we were liberated by the Canadian troops. Officially, we were allowed to go out, but the roads were blocked, and most people had no place to go. Normal life at the camp soon returned.

During that time I thought that the liberation was probably not for real. At night, I heard the bombing going on, and for the first time I felt fear. I was afraid the Germans would come back.
I didn’t experience fear for many years then, not when I was caught and not when I was interrogated. You see, when a person has no home, no family, nothing to lose, then there is no fear anymore. That first night we were liberated I had something to lose again and I became afraid.

The first day of liberation was unforgettable. We got white bread from Sweden, chocolate and cigarettes too. Imagine, there were children in the camp who never knew what chocolate was.
For some of the people cigarettes were so important, that they were willing to exchange the bread for the cigarettes. For me it was unimaginable to be eating that white bread after such a long time of shortage and hunger. I told my children later that the taste of the white bread from Sweden symbolized the taste of liberation for me. For us.

Thus, we were liberated in 1945. I kept my discharge-pass along with my food stamps and certificates in a small wallet. This was full with the black powder from the battery demolishing factory. I also had a picture of parachutes and airplanes liberating that part of Holland. There are camp newspapers, songbooks and other things from the war I have kept hidden all my life. I just could not open and show them to my children. 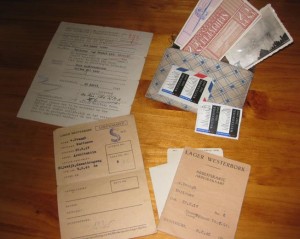 At that time I still had hope for my family. My first thought was to go and search for them. At the end I began to learn that there were only a few relatives left. Now I realize that from the moment that I closed the door of our house till the moment of my return, my world had died. I wanted to return to a world that had disappeared. Now, if I close my eyes I can see this world before me; this world of the past. The world were my mother still lives, and my father and brother. A world with many aunts and uncles, cousins and their little children

During the war I have seen the dark side of humanity. Things that are difficult to describe. On the contrary I have seen the the best side of humanity. Very deep valleys and very high peaks.
At this moment, and not only at this moment I am very conscious of the fact that I would not have been here if these people had not been there, these men and women of the “high peaks”. Family, friends and sometimes strangers, remarkable by their exceptional deeds.

I want to end with a line of Chaim Weitzman, written in Basel in 1946. It symbolises the Shoa for me, with this I commemorate my family. And it symbolises how lost I was during that time.

“A thousand bonds tie us to the martyrs who perish in torment … Upon us rest the responsibility to restore and make good of all that has lost.”