Michael Fried (1934) survived camp Westerbork with his mother, sister and stepfather. He remembers when the Canadian tanks rolled in to liberate the camp. ‘I was 10 years old, but I decided that day I wanted to be a soldier.’ 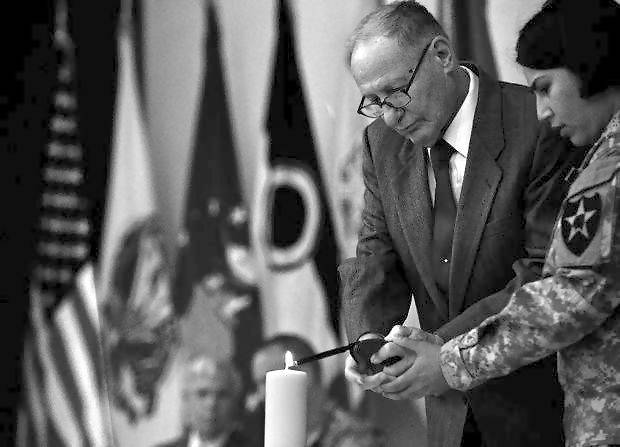 ‘In 1939 my mother Lonny (1911), father Werner, and sister Gaby (1938) came to camp Westerbork from Koenigsberg, Germany. At that time my sister was one year old and I was five years old. We were the Wartelsky family back then.

On May 10, 1940 my father went to Rotterdam to get our visas for Argentina. On the same day Germany invaded Holland and bombed Rotterdam. He was killed in the bombing and of course we never saw him again.

Many years later my mother told me that they married so that Rudi could keep us from the deportation list to Auschwitz. He saved our lives. A woman with no husband and two children would have been deported.

My mother worked as a nurse in the camp. She met Rudolf Fried (1912) who worked in the camp commandant’s office. On April the 10th 1941 my mother en Rudi married. Many years later my mother told me that they married so that Rudi could keep us from the deportation list to Auschwitz. He saved our lives. A woman with no husband and two children would have been deported. 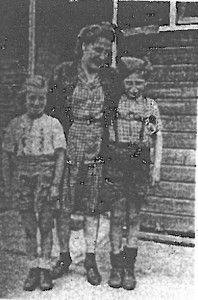 I don’t know how my mother did it but she always saw to it that we had food on the table. I did not go to school in the camp. Instead I played soccer everyday with the other kids.

I remember bombers flying over the camp every night and that we had to run to air raid shelters.

One day SS soldiers came and wanted to take me away. They said I had burned down the camp commandant’s rabbit coup. I’m sure I did not do that. Many years later my stepfather told me that they wanted to put me on a train and send me to a death camp. I don’t know how or why I didn’t go, but I’m sure I have Rudi Fried to thank for that.

On April 12, 1945 we were liberated by the Canadian forces. I remember the tanks coming in and the soldiers throwing chocolate and chewing gums at us. I also saw my first white bread which the soldiers gave us.

After the liberation my parents went to live and work in Rotterdam. My sister Gaby and I went to live in Bilthoven where we went to School with princess Beatrix and princess Irene.

On the September, 27 1947 my sister and I flew to America to join our parents who were allowed to immigrate before us because they had an Austrian visa.

In 1955 I joined the US army which I served for 42 years. I was send to Germany, Vietnam, the Netherlands and Washington. My sister lives in West Palm Beach, Florida. Our parents passed away a couple of years ago.

I am married to a girl I met in Amsterdam in 1956. We have two children and three grandsons. We have been married for 57 years.’